We are almost finished with our new CD, "The Road". It is now at Swingset sound Studios for mastering. www.SwingSetSound.com
We hoping to release it  Jan 2011!


You can buy all 6 of our CDs at  www.CDBaby.com/all/pbforJ
If you really liked one of our CDs please click here then click on the CD you like and scroll down to where it says "Please log in to review the album" and write a review. We'd really appreciate it.
Thanks,
Paul
or you can buy all our CDs at:
Lemstone Books
708 S. Randall Rd Algonquin, IL 60102-5915
1(847) 854-9988
at the North end of the Woods Creek shopping center on the west side of Randall Rd. near Target and Kohls
Click here for a map.

We will be playing at:
Jan 29th 2011 7PM at "The Upper Room" Christian Coffeehouse
Sheboygan Wi.

Almost every Wednesday at the House of Prayer in Elgin 7 to 9 PM
The Elgin House of Prayer is located at the Eagle's Nest Building 270 E Chicago St. Elgin IL. Come in the Geneva St. entrance.
http://www.light-life-ministries.org/   Click here for a map from mapquest 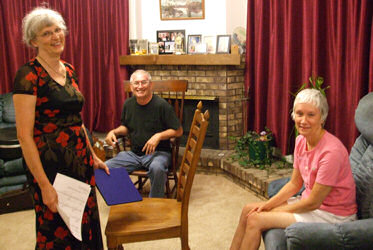 We also often play at our own living room coffeehouse the 3rd Saturdays of most months in Elgin IL.
www.PraiseJesusCoffeehouse.org

You can buy all 6 of our CDs at  www.CDBaby.com/all/pbforJ
Click here to buy ringtones from lastFM.com 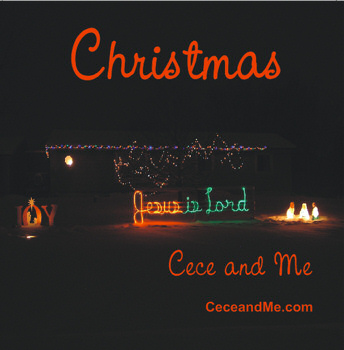 Singing Christmas Carols for the Salvation Army
Though it is cold on our fingers (Cece plays bass with gloves on and I have a thin pair of cotton gloves that I cut some of the fingers off of) we always enjoy doing Christmas Carols outside for the Salvation Army and a lot of the shoppers seem to really enjoy it. We often have one or more people that will stop and sing with us for awhile. It is the one time of the year that we have a perfectly good excuse to go out on the street corners and sing about Jesus. I think that we ought to take advantage of it.
Thank You Jesus!!!!!!! 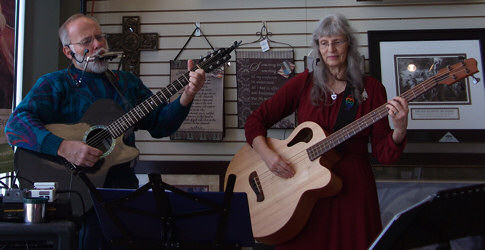 "Cece and Me" at the Second Saturday Sing 11/13 2010
www.SecondSaturdaySing.com 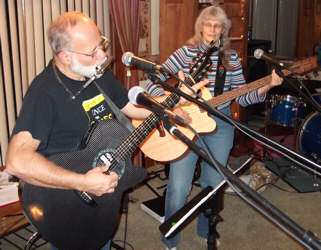 We played at a small party at Allen Carlson's house
Very nice Allen. Thanks for inviting us!

1st United Methodist Church Desplaines IL Oct. 10th 2010
We substituted for the praise band on Oct. 10th when Becky (The  leader of the band) went on vacation. Thank you for inviting us!

We provided entertainment for the Elgin IL Walk for Life Sept. 18th 2010
Afterwards there was a time of praise and worship, and the dedication of the new mobile ultrasound unit

Jesus Coffeehouse Sept. 11th 2010
We were privileged to play at the Jesus Coffeehouse again.
There are 3 videos of this on the video page
We lost our camera that night so the only pictures I have are clips from the video


We were honored to play at the
"Ladies Night Out" at
"St. Petrie Lutheran Church near Leland IL. 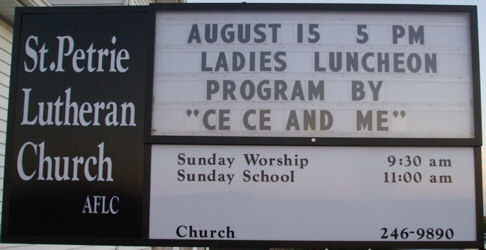 This is a beautiful Church out in the middle of cornfields. They served a chicken dinner before hand that smelled delicious. Unfortunately we missed it because we were setting up and because we were sooo full from just eating at our own church.
and we played 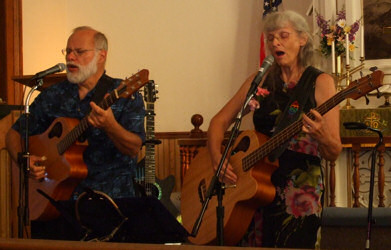 Thank you for inviting us!

We played at Daniel's Den in Plano IL. Friday Aug. 13th. Thank you!
A youth group from Yorkville also came out to see us. It was a very nice audience!
There are 3 videos from the concert on the video player at the top of the page.


We played at Mendota Hills Campground Christian Music Festival July 31st, 2010.
www.MendotaHillsCampground.com
That's Shawn MacDonald on the right (Shawn@ImpactStage.com). He ran the sound. He has an excellent system. He also does the sound for other Christian events, and the Cornerstone Impact Stage, and plays in a band called "Meshed."
That pile of wood behind the stage was for a bonfire that was lit that night.

Cece and Me played at the 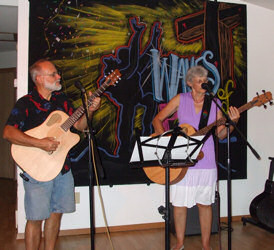 We went to Cornerstone again this year! 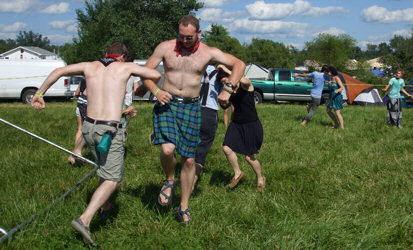 People were dancing!
We met many friends There!

One of my favorite performers Erich Siemens played. This time he also had Aubrey Tolleson and Aubry's Father (John) playing with him. 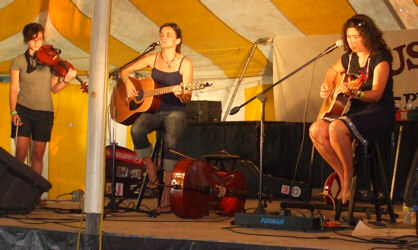 We played at the Impact Stage this year. 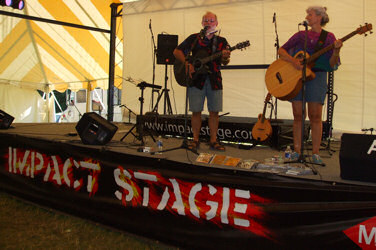 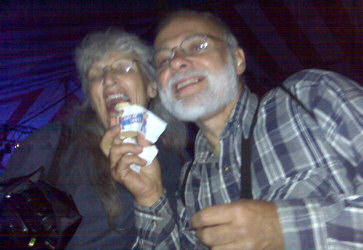 Dave Fogderud from the Overflowing cup took this picture of us sharing a cone at Cornerstone. 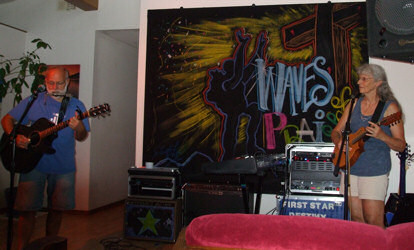 We opened up for First Star Destiny
at the Praise Jesus Coffeehouse
June 19th, 2010.


We played at the Villa Park VFW open mic.
Evelyn is the host.

We were privileged to play at the Light and Life Ministries Gala June 12th, 2010.
www.LALM.org

We played for a private party at Allen Carlson's house for his church.

button on the video player at the top of this page before clicking on this video or you will hear both at once. 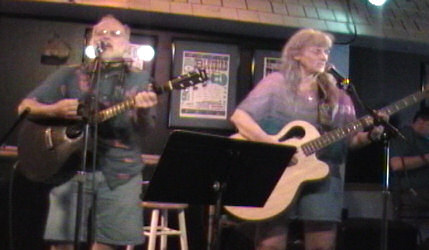 Benton, Ky
We did an hour concert in downtown Benton Ky Friday evening, May 28th.


Briensburg, KY
We played at the Briensburg United Methodist Church May 23rd & 30th.
Thank you Pastor Bill and Cheryl, Karen and Steve, and all the other people who welcomed us there.  Thank you, Cheryl, for taking these pictures.

Rescue a Nurse Benefit
April 24th, 2010 in Carol Stream, IL.
Thank you for inviting us to play, Sully!
Xylem and Sully also played.


A note from Bruce:  I am writing to you on behalf of RESCUE A NURSE, a group seeking to raise money for Debra, a nurse needing cervical disc surgery. Due to years of work as a nurse, Debra suffers from severe degeneration and stenosis in the C 5-6-7 discs in her neck.  She lives with constant pain, leg and arm numbness, and dizziness when driving her car.  Specialist have told her that inflammation from the damaged discs could soon affect her spinal cord and spinal fluid, taking away her mobility.  Specialists have also told her that the only way to get relief and save her mobility is cervical disc replacement.
Several years ago, because of her disabling neck symptoms, Debra had to leave her hospital employment and lost her health insurance.  Due to medical bills, she had to sell her home.  A significant part of her take-home pay goes to treat her neck condition.
In recent years, Debra earned a Master of Public Health degree.  It is her goal, God-willing, to undergo surgery, then to return to a career in public health.
Questions?  Contact Bruce Boye at 815-774-0594. 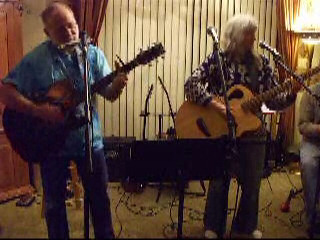 Then we played at the Upper Room Coffeehouse in Sheboygan that evening. 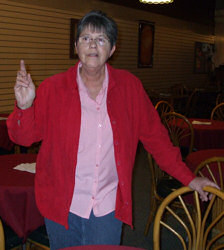